Mrs. Mathis recently second chaired a trial involving catastrophic injuries from a trucking accident, which resulted in a complete defense verdict for her client, who was facing a demand of $3.5 million. Mrs. Mathis also recently successfully filed and argued a motion for summary judgment on behalf of a restaurant/bar, saving her client $7 million. She has extensive experience drafting press releases and managing media for high profile clients and high profile cases. Mrs. Mathis recently filed a motion for summary judgment in a wrongful death case alleging negligence and dependent adult abuse, which resulted in the plaintiff agreeing to dismiss the dependent adult abuse claims. This eliminated her client’s exposure to pre-death pain and suffering and attorney’s fees. In the same case, Mrs. Mathis negotiated a Mary Carter Agreement, which resulted in her client contributing $0 to the settlement, while the co-defendant paid $23.5 million.

Mrs. Mathis graduated with honors from Loyola Law School with concentrations in Entertainment Law and Criminal Justice. During law school, Mrs. Mathis volunteered for the Project for the Innocent and assisted in obtaining the exonerations of two innocent men. Mrs. Mathis graduated manga cum laude from California State University, Northridge where she received her B.A. in Political Science, minored in Spanish, and was the Captain of the nationally ranked varsity water polo team. She is admitted to practice in the state courts of California and the Central District of the United States District Court. Mrs. Mathis is a member of the academic honor society Phi Beta Kappa. 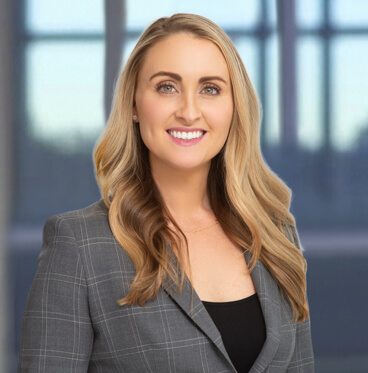